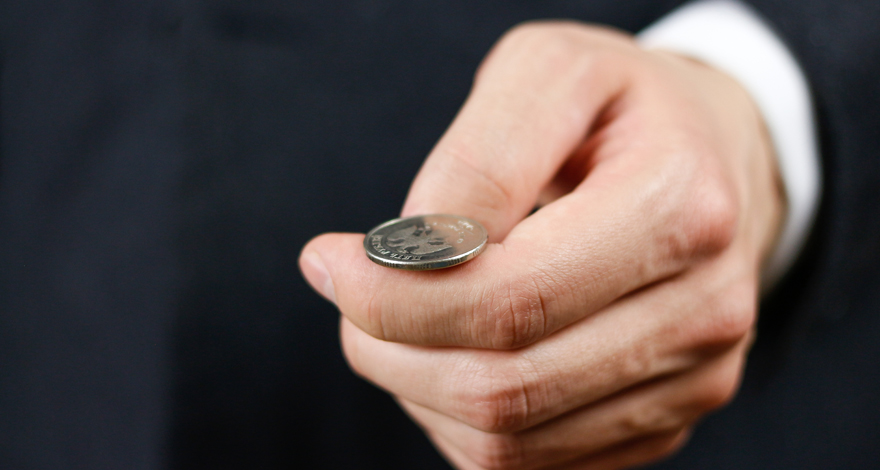 Reb Yitzchok was renowned as one of the leading financial pillars of the kehilla. There was no cause in the community in which Reb Yitzchok’s generosity did not play a leading role in financing the initiative.

Several years ago, Reb Yitzchok’s business was drawn into a complex legal battle through no fault of his own. The court froze the bulk of his assets for the duration of the long and protracted proceedings of the case.

This placed his entire business in jeopardy, effectively putting all business operations on hold for many months. Overnight Reb Yitzchok the kind and generous benefactor, was suddenly left without a source of livelihood to feed his family. Askanim in the kehilla quickly mobilized to launch an emergency campaign to help Reb Yitzchok remain on his feet.

Needless to say, many were eager to finally reciprocate all the kindness Reb Yitzchok had shown for others over the years. A handsome amount was raised quickly, which Reb Yitzchok begrudgingly accepted due to his dire situation. Ultimately, the charges against Reb Yitzchok were deemed without merit and the court quickly restored his assets.

Reb Yitzchok quickly regained his former position as a prime benefactor of the kehilla. But the money that he took in his hour of need weighed heavily on his conscience. He had never taken tzedakah in his life and was determined to find a way to return it.

It took several years for him to muster the courage to approach the askanim that ran the campaign on his behalf. By the time he finally did reach out to them, they said they have absolutely no recollection of who the donors were at the time and there really was no way for them to trace that information after the passage of so many years.

Devastated, Reb Yitzchok reached out to some of the leading gedolim in Eretz Yisroel, asking them if there was any way he could somehow free himself from this dilemma. One rav told him about Keren Neki Kapayim and how the dayanim there could actually return each and every dollar to the original donor. Overjoyed, Reb Yitzchok quickly submitted the full amount in time for the Ma’amad Hashava of 5783.

Before I started my current business, I tried my hand at a small tech startup. The funding came from a pooled syndicate of private community investors. We waited for a long time, in the hope that it would finally turn a profit, but unfortunately it never went anywhere. I tried to refund the investors, but only 7 members came to claim their money. With no way to track down the pool members, and no real liquidity to actually pay all of them, I moved on to another business, where I B”H saw a lot of success.

Today, I have enough to repay my debts, but I don’t know where to turn. Chasdei Hashem I discovered Neki Kapayim, so that I can enter the Yomim Noraim with a clean slate.

I recently hired a new controller who was exceedingly meticulous. In his review of our books, he discovered a number of old invoices that had never been paid, due to a dispute. He told me that my company was the liable party, and I wanted to take care of the invoices, but the business that was owed had closed years ago, and I had no way to repay my debt.

I’m grateful that I was able to deposit the funds with Neki Kapayim, who would hold the funds until they could be properly returned.

43 years ago, as a young man in a Monsey yeshiva, I used to go on hiking trips in the nearby mountains. We were near a stream, and suddenly I felt something crunch underfoot. I saw that I had broken someone’s glasses. Afraid that it might belong to one of my friends, and afraid of his reaction, I decided not to say anything, and later, on the bus, I would check who was missing his glasses so that I could repay him. We got to the bus, which was parked quite a distance away, and nobody was missing their glasses! I realized that the glasses did not belong to any of my friends, but returning to the water was not an option, and even if I went back, the owner would be long gone.

Since then I’ve been carrying a weight on my heart - until I heard of Neki Kapayim.

I bought a number of clothes at a sale in my neighborhood. Later, I discovered that I had 2 identical bags with the same pair of pants, which someone else must have lost. I tried to find out who had organized the sale, asking the hall, people in the neighborhood, and even a store which I thought might have been the manufacturer, but no one was able to help me.

And then I found Neki Kapayim, which finally allowed me to perform Hashavas Aveida, of course in the hope that one day the real owner will be found and the complete hashava will be done.

For nearly 20 years, I had 4 one-dollar bills folded in a really specific way in the outside pocket of my wallet. I know I folded it this way to remind me that it belonged to someone, but for all my good intentions, I had no recollection whatsoever as to whom I was supposed to return it to!

When we heard about Neki Kapayim, I was so relieved. My husband and I pooled a few incidents, and gave a credit card online. I put the four bills into tzedakah anyway. My wallet is lighter, but it can’t compare to my conscience, which had a stone removed from it once and for all. Thank you Neki Kapayim!

Several years ago, I accidentally bumped into a car mirror with my shopping cart. The mirror shattered, and I panicked. I was young, and I just made believe I hadn’t seen anything. But now I’ve paid the amount of the damage to Neki Kapayim, and my conscience is finally at peace.